Zeptah (For Book of Abraham Outline)

This post is part of my Book of Abraham Outline.

As people engage in speculation and debate over the translation methods of Joseph Smith, one very important point seems to have been missed, which has the potential to change our whole outlook. We have an example of Joseph Smith translating Egyptian into a technically accurate English version but then changing the technically accurate word into a more modern equivalent that would have more meaning to the typical reader of today.

Others have pointed out that the word “Zeptah” fits nicely with the word “Egyptus” in an ancient Egyptian setting. I would like to point out that the word "Zeptah" gives us a very rare glimpse into Joseph Smith's translation methodology. It is a name found in early manuscripts of the Book of Abraham but it did not make it into the printed version. He changed it to "Egyptus."

Ironically, anti-LDS website Mormonthink "thinks" it is exposing Joseph Smith as some sort of fraud by describing Egyptus as an anachronism:


Where does the word "Egyptus" come from? It's the Greek name for Memphis which was called, at that time, Het Ka Ptah--"home of the Ka of Ptah." Just like the Hebrew "Yeshua" became "Jesus" to the Greeks, "Het Ka Ptah" became "Aigyptus" which became "Egyptus."

Interesting. So, Zeptah is tied to Egyptus via "Ptah." Ptah was the creator God, which takes us back to the very first days of Egypt, which is exactly where the Book of Abraham places Zeptah. Unfortunately, Egyptology has no way of knowing how these ideas first arose and how they are intertwined. The mythology extends too far back in time, even before the first complete sentence was written in Egyptian. The convergences are quite interesting however, in light of the fact that Joseph Smith penetrated so deeply into the name. This also gives us some insight into Joseph's alleged anachronisms, since Joseph took this ancient name and translated it into something that would have more meaning for us in our day - "Egyptus." Witnessing this methodology, as we have here, renders moot a number of criticisms.

This also provides us a window into why he would use idioms, phraseology and even long quotes familiar to modern readers, in his translations. It's not that he doesn't have more technically accurate terms at his disposal - as we see here with "Zeptah," but, again, he wants the message to be meaningful to us and to not scare us away with arcane language. He's communicating "plain and precious truths."

With the Book of Mormon, for instance, he may have replaced some of the arcane references to Mesoamerican culture with equivalent ideas that translate to our culture, presented essentially as parables which convey the underlying meaning in a way that makes sense to us. That is ultimately the purpose of translating something, is it not?

What about the accuracy of translation? Human language is very imperfect, and the key to scripture is not technical but spiritual (see my remarks about the translation process in the preface to this outline). Jesus quoted scripture in the form it was familiar to the people. The Book of Mormon is the most correct book in terms of doctrine, but anyone who reads a word-for-word "accurate" translation of the Popol Vuh will understand that is a very poor way to convey a message when dealing with different cultures that are separated by thousands of years.

This is not special pleading, but simply the natural inference stemming from the rare glimpse which his change from "Zeptah" to "Egyptus" provides us. This translation method may also at times allow God to hide truths from the prideful, as Jesus said, in Matthew 11:25, when Jesus prayed to the Father, saying,"I thank you O Father, Lord of heaven and earth, because thou hast hid these things from the wise and prudent, and hast revealed them unto babes." Also see Matthew 13:10-13. Scripture is meant to be understood through the Spirit.

Of course, the more technical often wins out, but it is interesting to see the clash between the different considerations of a translator, as demonstrated here:

What about the "Zep" part of Zeptah? Again, it goes too far back to understand the interplay of the language, however the mythology allowed the ideas to filter down through time even if there is no record of their origins.

Zep-tepi = the first period of Egypt, when earth rose from under the waters

Zep-tah = in the first period of Egypt, the mother of the woman who discovered it under water 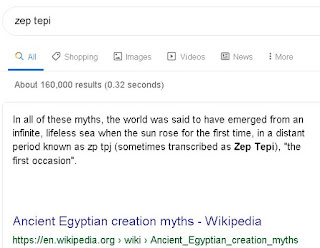 By far the best explanation for the Kinderhook Plates (KP) to date has been put forth by Don Bradley and Mark Ashurst-McGee. Their exp... 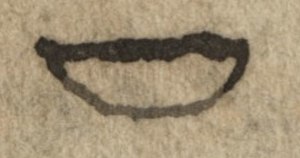